The Valencian Community is an autonomous community of Spain. It is the fourth region after Andalusia, Catalonia, and Madrid with more than five million inhabitants.

Valencia is a city that has a lot to offer, we thought we move quite well, we wanted to score as many attractions in 3 days but we still failed, for example, we failed to see the number 1 attraction -The Llotja de la Seda a late Valencian Gothic-style civil building in Valencia.

We stayed at a 4-star hotel Port Feria Valencia located a little on the outskirts of the city, but which we highly recommend if you rent a car because it is only 4 kilometers to the center.

One of the great things about Valencia is that you have nature nearby wherever you go. When you get tired of the city, you either go for a walk in the river (Turia Park), we will explain the story of this river below, or you run in the delta.

This is the Albufera Natural Park, located 10 km south of Valencia. The place is preferred by nature lovers, by those who want to see an amazing sunset and to admire the life of birds in their own habitat. For tourists and locals alike.

The world Albufera derives from Al Buhara, which in Arabic means “the small sea”. The lake occupies 2837 hectares,  300 hectares of which contain marsh vegetation areas, in which many birds nest.

Albufera Natural Park is a coastal lagoon separated from the sea by a tongue of land, one of the valuable coastal wetlands of the Valencian region.

If you come to Valencia a visit to the City of Arts and Sciences is a must.
The city of Arts and Sciences represents the work of Santiago Calatrava. The colossal structure houses an IMAX cinema situated in the Hemispheric, as well as Europe’s largest aquarium- Oceanografic, interactive educational exhibits in the Principe Felipe Science Museum and the avant-garde opera house -Palau de Les Arts Reina Sofia are all delight for all senses

More in the descriptions of the pictures

If you love food, then you will enjoy the fresh produce, their color, and flavor, and if you value richness, variety, and quality in the kitchen, then the Central Market in Valencia is a paradise you cannot miss out on

Mercado Central situated inside a jewel building, one of the most iconic examples of Gothic architecture in Europe. It is the largest market with fresh produce in Europe covers more than 8,000 square meters

Once you are in the Mercado Central, make sure you visit also Santo Juanes Church or Sant Joan del Mercat, a Roman Catholic church located in the Mercat neighborhood.

Aquariums are such interesting attractions. We love them when we have the chance. They offer a glimpse of what goes on under the waves and at the bottom of lakes and rivers. In these unique exhibit halls, you can come face to face with huge marine mammals, vibrantly colored or unusually shaped fish, and habitats that are completely different from anything you can see on land.

You can’t miss while in Valencia the Oceanografic. We advise you to take a whole day for this if time allows. Also, you shall buy Oceanogràfic tickets combined with the Museum of Science and/or Hemisfèric.

Oceanogràfic has a dolphinarium that hosts training sessions and performances, and habitats for unique creatures such as walruses, penguins, and beluga whales. We really liked the show.

Valencia is the city that turned a huge crisis (and a River) into a transformative park. But let’s go through the story first.

In 1957, Valencia experienced a devastating flood that forever changed the city’s relationship with the Turia River. Nearly three-quarters of the city was inundated by floodwater and over 60 people lost their lives. The following year, the city embraced a plan to divert the river around its western outskirts to the Mediterranean Sea.

The ambitious plan, known as “Plan Sur,” was completed in 1969. Though the new channel was a missed opportunity for innovative construction, the remnants of the old riverbed became a chance to create the landscape network which became today’s Jardín del Turia.

Jardín del Turia might be problematic, the project is a fascinating modern example of the transformative effect of landscape infrastructure on a city’s identity and well-being. Born out of a crisis, Valencia has managed to integrate a recreational and transportation infrastructure network with its historic heart and surrounding neighborhoods.

Valencia, the 3rd largest city in Spain, fascinates with a unique flair, lots of charm, and many impressive attractions. The wonderful beaches of Valencia also contribute to the fact that this city has become a really popular spot for city trips in Europe. Although we visited in April and it was not the proper time to sunbathe, we were glad to see these beaches as oases of peace.

The Plaza de la Reina and Plaza de la Virgen are without doubt, one of the hottest spots in the city.

This is a pretty square, with flowers in the middle, and cafes, restaurants and open air terraces.

The National Museum of Ceramics and Decorative Arts “González Martí is a museum dedicated to ceramics (with special importance to Valencian ceramics), porcelains, and other decorative arts such as textile art.

Here you will discover sumptuous palace rooms with original furniture, 18th-century carriages, a collection of paintings by Ignacio Pinazo, gold items, furniture, jewellery, tapestry, etc., and of course, magnificent examples of ceramic pieces, mainly from the Region of Valencia

Valencia has a certain elegance. It is a massive city but discoverable on foot

If you like parks and want to enjoy nature great choice too. With its charmingly magical atmosphere, Valencia is one of the most livable cities in Spain. 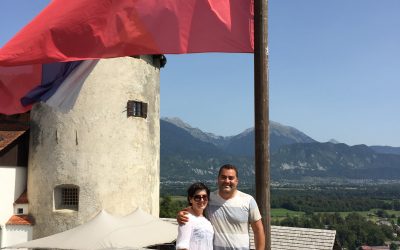 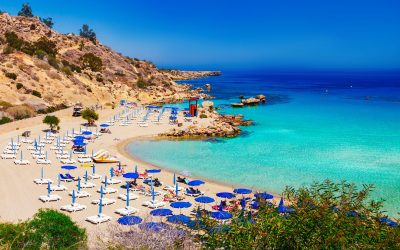